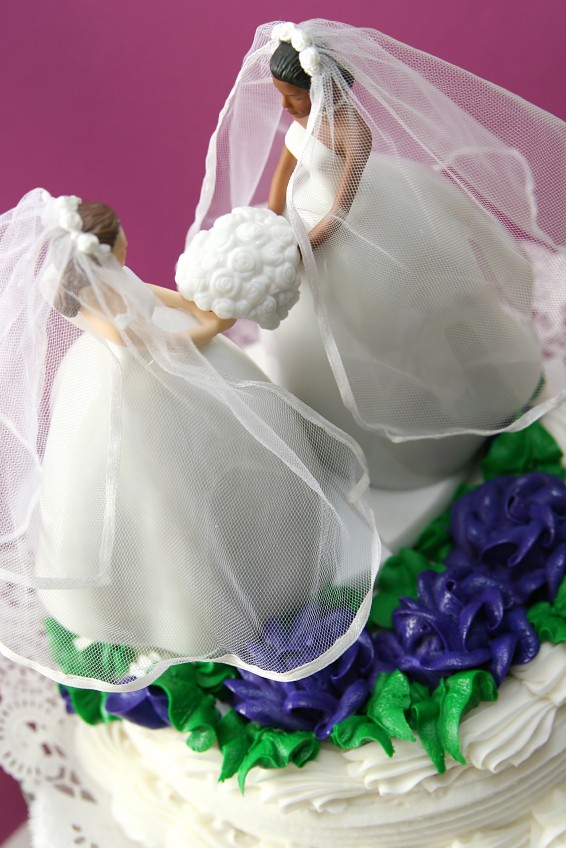 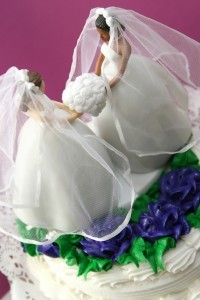 We are just days away from the first anniversary of New York’s historic Marriage Equality Law.  As such, I am re-posting my reflections from that amazing social development.
As many of you may know, Friday night, New York State made history becoming the sixth and largest American state to pass “equal marriage” legislation, which will allow same sex couples to enjoy full marriage rights in the Empire State.  Although this debate has been percolating for some time, and we were aware that the vote was imminent, I was taken aback by how emotional my response was to the roll call.   Via social media, I knew the vote was coming quickly.  I was alone, on the Long Island Railroad, returning from a wedding I officiated earlier in the evening.  My BlackBerry was very nearly out of juice, and I felt isolated—this is the kind of moment that is really meant to be shared.
My experience with the marriage equality debate has been on many levels—as an American, an amateur social theorist, a Wedding Officiant & Celebrant, a friend to many gay individuals, and an aunt to one gay teen.  As someone who tries to think critically about politics, living through the gay marriage struggle is a reminder that social change in our country is messy business, not the sanitized history served up in secondary school books.  The extension of rights comes in fits and starts—two steps forward, one step back—with many groups and individuals, some elected many others not, participating in history making.  America has a robust federal system so gay marriage rights are extended slowly, state-by-state rather than by the passage of one piece of national legislation.  The equal marriage legislation began its gestation decades ago with the Stonewall uprising.  Such laws were first crafted, passed and judicially challenged not in California or New York, as one might expect, but in outposts such as Hawaii, Vermont, and Iowa.
As someone who works in the “wedding business,” I have responded to the fluid situation of equal marriage rights by making myself available to participate in gay wedding ceremonies in Massachusetts and Connecticut, which pre-dated New York in passing such laws, as well as offering to officiate civil unions in New Jersey and secular commitment ceremonies everywhere.  Obviously I believe that everyone has the right to legally marriage their beloved, no matter what the chromosomal configuration of the participants.
As a New Yorker, I have many gay friends.  As I lug around a fairly considerable bag of Presbyterian-inspired guilt, I have felt badly for all of the various challenges my gay friends experience on a daily basis.  Although I have always perceived myself to be “different” than others (I heartily embrace an underdog status), I simply cannot begin to have the empathic capacity to understand the challenges and prejudices (yes, even here in NY), that gays face, relating to marriage or any other matter.
But my role as the Aunt of a gay teen is the way in which I have experienced this “political” development most profoundly.  My precocious 14 year old niece Mariah came to an understanding some years ago that she is gay.  In every possible way, Mariah is one of a kind.  She lives in conservative Oklahoma with her unconditionally accepting family.  From her Father’s family she received a rich Native American ancestry, as a member of the Chickasaw Nation, as well as an interest in using the law to redress social injustice.  From her Mother’s (my) side of the family, she inherited an acerbic wit and a headful of luxurious auburn curls we believe were gifted to her by our grandmother Mee-Maw.  And from her Heavenly Father, she was made Gay.
Mariah grew up in a loud, happy, progressive family which invited her to ask questions, challenge authority and seek her own path.  Like many family members of gay children, when Mariah came to this self-understanding, it “made sense.”  Despite those who cling to the notion that some external event or condition “makes” a person gay, knowing Mariah and others reinforces the idea that this is just who she is, plain and simple.
Growing up around lawyers and a family excited by the prospect of positive social change, Mariah has thought about social justice in a very personal way.  While many 14 year old girls have fantasies of a fairy tale wedding with prince charming, Mariah grappled with the harsh reality that for her marriage was not an option, in most parts of America.    Although she experiences difficulties in being “different” on a daily basis, it seems that the marriage equality issue was a particular political topic that crystalized, in her mind, the challenges of being gay in America.
And so, as I was aware that the Marriage Equality bill was up for a vote on Friday, it was with Mariah and her Mom that I wanted to share the news and watch history unfold.  As life would have it, Mariah was out at a concert, I was trapped on LIRR, and my BlackBerry was nearly dead.  In a mad dash of text messages, Kathryn asked the logical question—“what are you doing without a charger at a time like this!?”
So, we weren’t “together” in that historic moment, telephonically or online, but as a rag tag family we will slog through the continuing expansion of Civil Rights for the LGBT community.  Meanwhile, I am just happy to know that Mariah is marching in the Oklahoma City Pride parade today.  She makes me proud.    You go Girl!