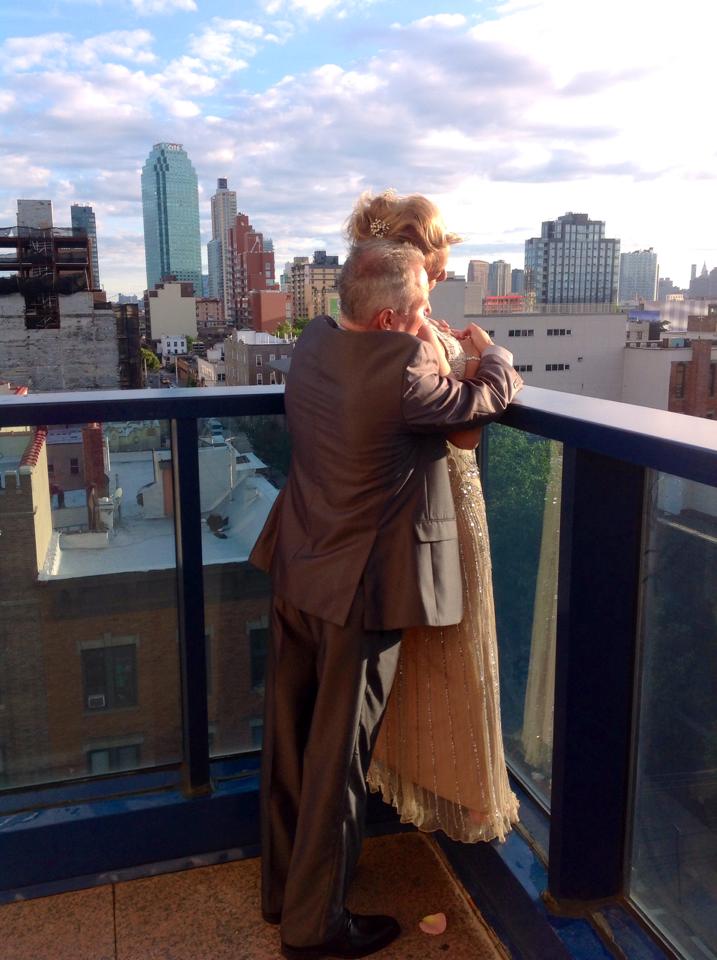 When I come upon brides and grooms who are stressed-out about the wedding planning process, I gently remind them that they’ve already done the hard part—they’ve found each other. That prompting is usually met with an appreciative smile, acknowledging their great fortunes in marrying their beloved, no matter what is going on with flowers or DJs or wedding venues. Over the years, I’ve come to realize that while every couple’s meeting is unique and sweet and special to them, there are a few themes that come up over and over again, about how men and women “find each other.” Many of my couples meet through other friends, acquaintances or family members. (In such cases, as I tell the couple’s romantic story during the wedding, I like to give special recognition to that person for helping, in their way, to orchestrate the day! This gesture is always warmly received.) A good number of people connect at school or work or via social organizations. There are random meetings in clubs or at conferences or on planes or trains, too. And online meetings, through match.com or e-harmony, are standard fare these days, especially for my couples of a certain vintage.

Sometimes I come across a story of introduction that is too delightful not to share. Such was the case with Cindy and Dean. I was approached to do their private elopement ceremony on July 4. The bride has a special affection for fireworks. I fell in love with the couple when I learned that they knew each other as “tweens.” By the groom’s telling, his bride was the slightly older woman—13 to his 12. She was smitten with him, but he was still a little young for love. Although neighbors and classmates, their friendship was interrupted by the bride’s family moving from New Jersey to Florida. Life moved on and each married, had children and built careers. From time to time, they would cross each other’s minds, but they didn’t see each other until…..2012. After the groom signed up for a Facebook account, his new wife “popped up” as a person he might know. He “friended” her. She accepted his request and a six hour phone call followed. Immediately they found that they “fit”—the bride several times referred to him as the missing puzzle piece in her life. Monthly visits between the Garden state and the Sunshine state commenced. Ultimately, on one of her trips, he made a proposal of marriage on a stroll in Central Park.

I’ve always found that weddings really can be sweeter the second time around. By a certain age, most of us have experienced loves and losses and disappointments. As has been said, second marriages are about hope over experience. And when soul mates find each other after 35 years apart, there is an enormous sense of gratitude and thanksgiving. God was all over their union and this wedding. I was so honored to be a small part of the occasion.