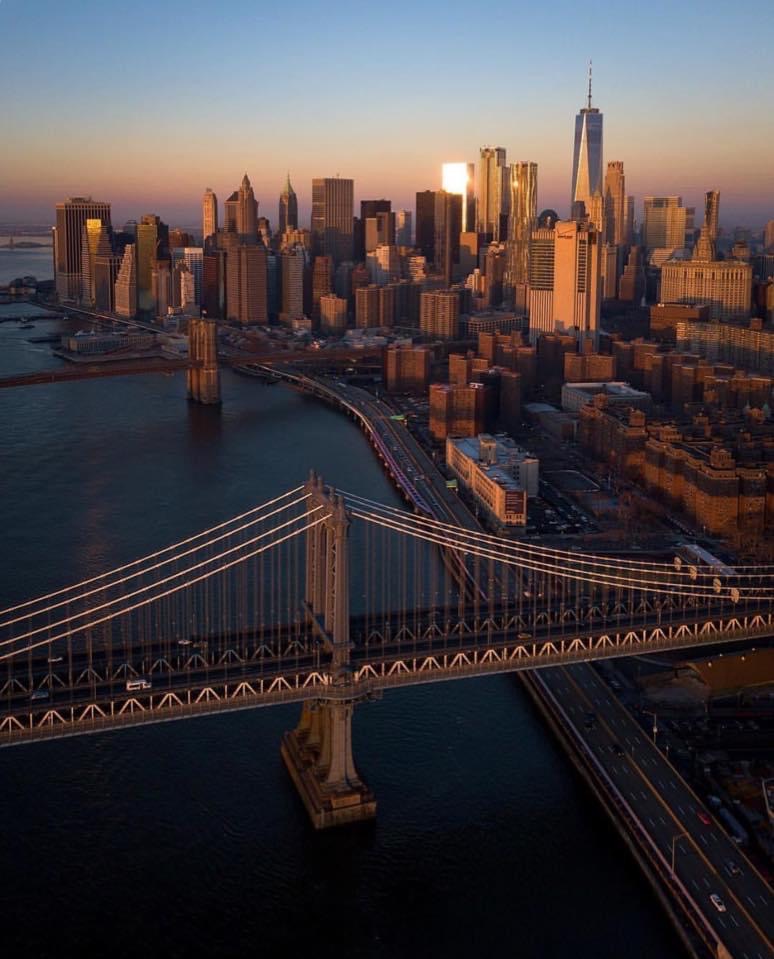 The Bridge to a New Life Together

It is a wonderful thing to live in New York, the home of so many immigrants. There is simply no other place in America where one can find such a variety of people. Each representing virtually every continent and culture—and wedding ceremony. So, a good number of the couples who I am fortunate to marry, come to the Big Apple after a significant personal voyage…literally.

Olga and Maxim had their own heroic journeys to their wedding day. Both were born in the Russian Federation. Yet, they met here in Brooklyn some years ago. (I cannot help but digress as we have just passed the 20 year anniversary of the falling of the Berlin Wall.

I am quite conscious of the fact that, during the old days of the “Soviet Empire,” my couple would not have had the opportunity to come to the United States—a triumph of peace and diplomacy, indeed. In many ways, their courtship was typical. Long walks and conversations, shared interest in music, and the connection to another homeland.

They did, however, face challenges of intercontinental separation, jobs changes, and immigration policies. But one thing they knew is that they were meant to be together. A month or so ago, Olga approached me about performing a ceremony on the Brooklyn Bridge. This was a place of sentimental attachment to her.

As a celebrant, I relish the opportunity to perform weddings in unusual venues. I am embarrassed to admit that I had never walked across the Brooklyn Bridge. So, what better opportunity to make the trek than officiating a wedding, mid-point?

The wedding, on Friday the 13th, coincided with an unusually strong Nor’easter. Along with rain and very cold blasts of wind. Despite the frigid temperatures, our bride wore a classic, contemporary (and strapless!) dress. Both the “maid of honor,” her sister, and the “best man” were Russian. So, as we approached the vows, I passed the baton to the groom’s dear friend. He recited the vows to the couple, in their mother tongue.

The ceremony was private. Just the five of us, and the magnificence of the bridge was not lost on us. As I said in their ceremony, “There are few vistas that are more intimately connected with all of the wonder and hope and grandeur that is New York. This bridge embodies the possibility of human ingenuity, artistic vision, cooperation, and dedication—all elements of successful lives and marriages.

Moreover, the bridge is a palpable reminder of connections and transitions, between your lives, your original homeland, your families, and your future. This day and place is a threshold whereby you are passing from two individuals who are deeply in love to become a married couple and a new family.”

And so it was. When performing weddings in public venues, such as this, I always feel as though I am offering a blessing to the passers-by. Who, after all, doesn’t love a wedding? On a cold blustery day, to see a young woman, in full wedding regalia, her sister in a long, beautiful red dress, two dapper young men, and a very cold celebrant engaging in one of the most significant transitional moments in life…..it doesn’t get better than that!!