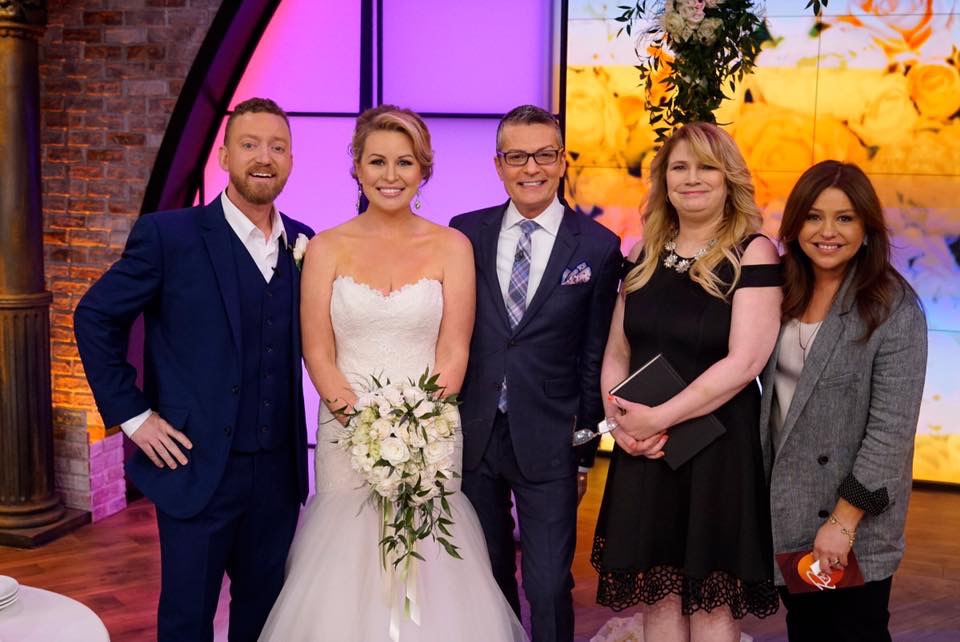 I often say that vow renewal ceremonies are among my favorite.  They are both retrospective and prospective.  A well-crafted vow renewal gives thanks for the years a couple has shared, while making new commitments for the future.  The reasons a couple decides to do a vow renewal vary.  For some, they are simply marking a milestone anniversary—10 years or a quarter-century, perhaps.  For other couples, they may have found that their “original” wedding was lacking in some way or maybe the affair was so large that they lost the simple meaning of the day.  I’ve had a number of vow renewals that followed a rough patch faced by a couple.  This was a way to have a fresh start.

A while ago, I was invited to participate in a very special vow renewal on the Rachael Ray television program.  It was part of the feverish run up to Harry and Megan’s Royal Wedding.  The couple featured were from Ohio.  They were not celebrating a milestone wedding or marking a new beginning after any marital challenge.  Rather, they were celebrating a transformation in the bride over the course of their marriage.  A young, beautiful  hairdresser, the bride had lost over 100 pounds during the course of their marriage.  It was a stunning evolution.

The bride and groom were flown to New York to enjoy something of a second honeymoon.   They had a time of their lives.  The bride went gown shopping with the “Say Yes to the Dress” guru Randy Fenoli and picked out a most stunning dress.  The groom was newly suited up.  And of course, Shandra, the bride had hair and make-up done courtesy of the Rachael Ray team. It was an exceedingly brief ceremony in a jam-packed show, but even the groom was moved to tears.  I continue to follow Shandra Redwine on social media as her amazing embrace of a healthy lifestyle is only exceeded by her love for her young family.