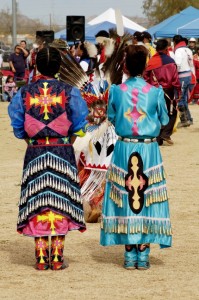 Having been born and raised in Oklahoma—“Home of the Red Man”—I have always had some appreciation and understanding of the Native American history and culture. As we know, the story of so-called American Indians has, in many ways, been tragic….one that is filled atrocities that included the introduction of catastrophic diseases such as Small Pox, a disease previously unknown to the First Peoples. The land of Native Americans was confiscated, with Indians following a “Trail of Tears” of relocation to places like Oklahoma. Despite the cruelty of this past, the cultures of the scores of Native American “tribes” remains a treasure in many places in America. It was only after my sister married a member of the Chickasaw Nation (One of the so-called Five Civilized Tribes), did I delve into Native American affairs in any way.

It was just last week, that I had the honor to marry a young man who was a member of the Cherokee Nation. This opportunity to officiate this wedding offered me the chance to do a bit of research on Native American marriage and courtship rituals. Certainly, the particular customs vary among the various American Indian Nations. But for couples wishing to pay respect to their Native heritage, many options exists. A helpful book by the late Leslie Gourse, Native American Courtship and Marriage Traditions (New York: Hippocrene Books), offers a variety of suggestions ranging from Native garments, rituals, dances, and music. Among the poetry selections included a Cherokee Prayer, perfect for this couple:

God in Heaven above
please protect the ones we love.
We honor all you created as we pledge
our hearts and lives together.

We honor Mother Earth
and ask for our marriage to be abundant
and grow stronger through the seasons;

We honor Fire
and ask that our union
be warm and glowing
with love in our hearts;

We honor Wind
and ask that we sail through life
safe and calm as in our father’s arms;

We honor Water
to clean and soothe our relationship
that it may never thirst for love;

With all the forces of the universe you created,
we pray for harmony and true happiness
as we forever grow young together.

Many resources exist for those seeking to learn about Native wedding traditions. The recently opened Smithsonian Institute’s National Museum of the American Indian is a perfect place to start.