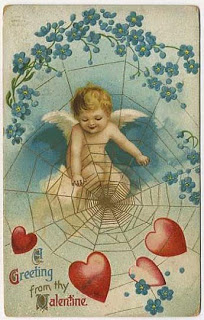 Advances in technology and the development of the internet have impacted every aspect of life—including how we meet potential romantic partners, the courtship process, and even the exchange of marriage vows. As a celebrant, one of the first questions I pose to couples is the favorite, “So, how did you meet?” For couples of all ages and backgrounds, many report that they met online. This confession is inevitably followed by a nervous giggle and sheepish grin. The fact of the matter is, according to scholars and researchers who study such things—online dating is a very conventional approach in meeting people, these days.

Take my recent couple, Maria and Ulrich. These two lived half a world apart—she is from the American Southwest, while Ulrich lives in Copenhagen, Denmark. Not only did they meet online, but much of their courtship took place via email and Skype. The Groom is so “wedded” to technology that he actually pulled out his BlackBerry during the ceremony, from which he read his personalized wedding vows. (I’ve subsequently learned that YouTube is filled with videos of wedding couples whipping out PDAs to update their Facebook status, once vows were taken and rings were exchanged!)

While I’m not sure how I feel about Facebook postings during a ceremony, I must admit that a recent brush with matrimonial technology warmed my heart. About two weeks ago, I performed a last minute, intimate ceremony for a beautiful young couple in Harlem. The groom’s much beloved mother lives in Nassau, in the Bahamas. With such a last minute affair, she was unable to join us for the ceremony. So the techno-savvy groom fired up the webcam, and Mom was “present” for the entire ceremony.

Some people believe that technology has done much to hamper inter-personal relationships, but these recent examples of Cupid’s acquisition of technology have convinced me otherwise.