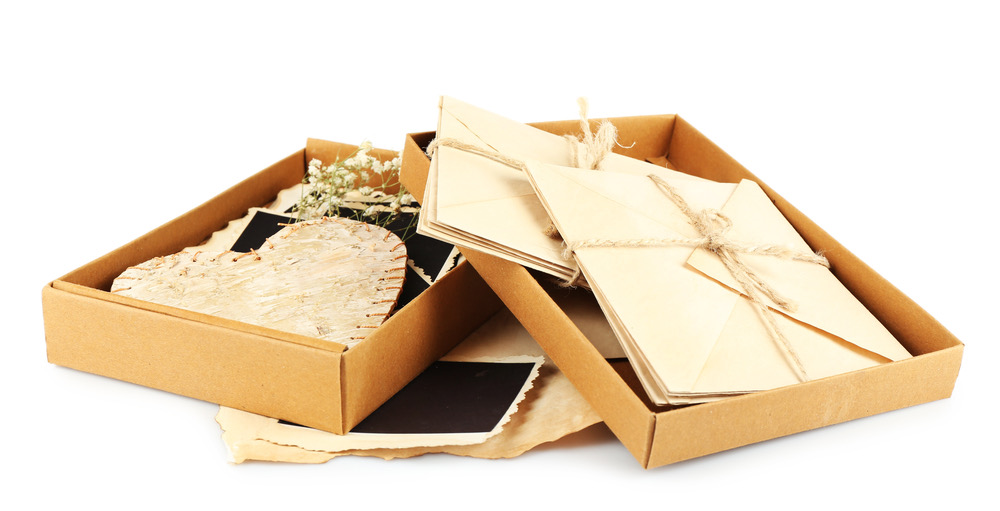 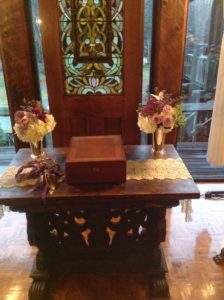 Last weekend, I married a delightful up in the New Haven, Connecticut area. The bride and groom came to the ceremony with a number of ideas and suggestions and customizing the ceremony. Michelle and Ryan were keen to tell their personal romantic story including Ryan’s fanciful proposal of marriage in Ireland. They were keen on honoring their Irish heritage in several ways, such as a Celtic handfasting and traditional Irish blessing to close the ceremony. They also suggested incorporating a “Memory box,” which would be visually prominent during the ceremony and featured in the ceremony following the exchange of vows and rings.

The memory box represents something of a time capsule. Included in the hand-crafted box are two love letters, penned by the bride and groom in preparation for their wedding day, along with a specially selected bottle of wine and some mementoes from the wedding. The couple will open the special box on their fifth anniversary, savoring the words and wine—reflecting on the first five years of their marriage. They will repeat the custom every quinquennial. I can only imagine the wonderful milestones that they will be able to celebrate as they participate in this beautiful custom…..new jobs and homes, the birth of children (and eventually grandchildren), personal and professional accomplishments and much more. And, I sincerely hope that on one of these milestone anniversaries, they will call their old marriage celebrant and consider a proper vow renewal ceremony!